It’s been a while since our last update and we have been busy! We showed Refactor at two game conferences in April: The Sacramento Indie Arcade on April 9 and PAX East on April 22-24. 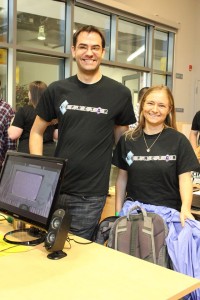 On April 9 we presented Refactor at the 3rd Annual Sacramento Indie Arcade hosted by the International Game Developers Association – Sacramento Chapter. Over 30 Game Developers were present and we were proud to be a part of it. This was the first time players were able to fight the first boss. 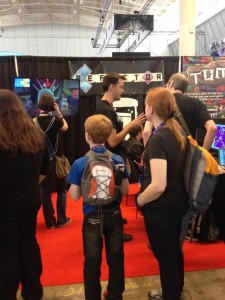 At PAX East 2016 we showed off Refactor in the Indie Megabooth. So many people came by to play our game we had to transition our B-roll monitor into a full demo machine! We were overwhelmed with the positive feedback about our improvements to the controls, art and story of our game and met so many wonderful people. 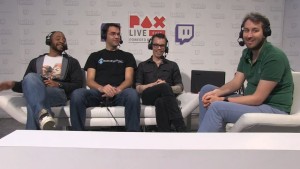